‼️MEMBERS‼️
Gate keys were changed at our May meeting!
Please see Kenny Thralls to exchange your key!

1st Annual Club Members Campout June 10th-12th
Activities planned for adults and kids! Pitch in meal will be planned closer to the date. Please make plans to come out!

We are having another “Around the World of Archery” shoot in June.
See Shoot Schedule for more info!

White River Bowhunters has lost one of our Honored Members: 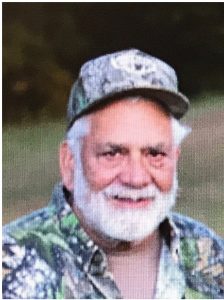 Oolitic – Harold Gregory, 76, of Oolitic, passed away at 11:10 am on Sunday, January 10, 2021 at his residence. Born March 29, 1944 in Kentucky, he was the son of George and Dorothy (Root) Gregory. He married Sharon “Sue” Stigall on December 3, 1965 and she survives. He was a retired tool and die maker for General Motors, a veteran of the U.S. Army, and a member of U.A.W. Local #440. The fall always yielded open hunting season for Harold, an avid hunter of wild game – both big and small. Harold enjoyed spending time outdoors, and hunting was one sport he always looked forward to sharing with others. He enjoyed participating in the sport with his wife, daughters, and grandchildren. Harold was also an excellent marksman who received many awards for his expertise in hunting. You would be hard-pressed to find a photo of Harold where he was not wearing camouflage and holding up one of his recent trophies. He was a lifetime member of the White River Bowhunters Club, and in 2008 the Club honored Harold by naming a lake after him, “Gregory Lake.” Harold also had a passion for education. His passion for teaching and safety while hunting led him to his role as an instructor for the Indiana Department of Natural Resources (DNR) Hunter’s Education classes. Harold received the “Instructor of the Year” award from the DNR in 2008. Harold was many things to many people, but his role as father and grandfather was his favorite. He would light up if you asked him about his daughters or grandchildren. Harold was so proud of each of their accomplishments and was excited to share them with others. There is a little piece of Harold in each of his grandchildren that will live on for many years to come. Survivors include his wife, Sue, of Oolitic; two daughters, Deanna Abel and husband, Brad, of Bedford, and Stephanie Dustin and husband, Josh, of Springville; grandchildren, Whitney Sue Gregory Norman, Joseph “Hunter” Maddox, Tylor J. Maddox, Marissa R. Maddox, and Waylon Chane Gregory Dustin; great grandchildren, Braxten Wayne Gregory Folk, Brecken S. Norman, and Kalvary J.Hayes. He was preceded in death by his parents, a daughter, Rhonda Sue; a granddaughter, Mollie Chane Dustin; brothers, Eugene and Stanley Gregory. Private visitation and funeral services  were held at the Day & Carter Mortuary with Bruce Roberts officiating. Burial in Patton Hill Cemetery. Family and friends may express condolences at www.daycarter.com.

Welcome to the new White River Bowhunters website! We are working on getting everything on target, please be patient!